"Thatcher is never named in the Factory books, but her shadow falls over them. With their dogged, lyrical, sometimes sentimental, sometimes appallingly violent manner, they offer a consistent portrait of a world in which people are not respected for their humanity but valued according to their usefulness to those in power."
Death at One's Elbow: Derek Raymond's Factory Novels, Charles Taylor.


First of all, this picture. Take notes, other author photos. This is how you should look. Proper. Like you have the jewels you came for, but a quick drink before leaving, thank you very much. Secondly, The Devil's Home on Leave is the second book in the famous Factory Series and it is grim and great. Plus, what a perfectly timed introduction. I was reading all the Chandler and Hammett I could get my hands on when I decided to detour and read this instead. Good idea, me.

Should I lead with the fact that I am going to continue onto the other four Factory novels Melville House has reissued? Because I am. These are dark, horrible and lovely. All elegant writing about brutality with bursts of hilarious dialogue that allow little light to come to the proceedings. Our unnamed detective's back story as well as the crimes he investigates are rotten and ruthlessly sad. Still, it's not an exercise in hopelessness. Detective Sergeant works Unexplained Deaths for his own reasons, eschewing rank to solve the murders of obscure, forgotten people. The murders of the socially small and unimportant. Our man is a human being, in the most meaningful sense of the word. And he's got both eyes open, staring at the nothing. In this particular book, that's a psychopathic killer with ties to the government.

The excellently turned trick is that the book is almost not about its own murders as much as what they mean. It's about man, his capacity or failure to overcome pain and horror, the prevailing social order and all attendant corruption. It takes the procedural and does a correct thing with it: makes it count.
Posted by Alicia at 2/28/2012 04:07:00 PM No comments:

Email ThisBlogThis!Share to TwitterShare to FacebookShare to Pinterest
Labels: reviews 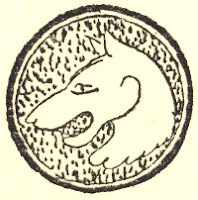 "Though the Hogarth press evolved into a publishing house for Bloomsbury writers, Leonard also initially purchased the press as a form of therapy for Virginia - printing would be a “manual occupation [that] would take her mind completely off her work” (Woolf, Leonard 233).  As envisioned by Leonard, the mechanical and physical nature of letterpress printing would liberate her imaginative mind. However, the printing press became, instead of mental therapy, a form of “aesthetic therapy” for Virginia - it contributed to and changed her work, rather than allowing her to escape writing.[4] Moreover, it bridged the gap between language and reality; language no longer simply conveyed the fictional world, but was composed of real objects to be physically lifted and moved. Indeed, after Virginia became acquainted with type composition, the physical placement and modification of words, required by letterpress printing, is reflected in her writing. Printing forced her to reevaluate her word choice, punctuation use, and how she built a sentence. Indeed, printing at the Hogarth Press marks the beginning of a new direction in Woolf’s writing, one that playfully experimented with form and composition."

Publisher Barney Rosset died on Tuesday. He was 89.

Order of the Stick Raised $1.25M on Kickstarter. Permission to feel good about the world we live in granted.

The internet is on fire about how J.K. Rowling is writing a "book for adults" like they totally didn't read the Harry Potter series. The deal was struck with Little, Brown and will probably change books forever.
Posted by Alicia at 2/23/2012 03:03:00 PM No comments:

Email ThisBlogThis!Share to TwitterShare to FacebookShare to Pinterest
Labels: links

'The press has also republished a book called “Fire the Bastards!” to coincide with the Gaddis reissue. It’s a unique text. Originally published in 1962 under the name Jack Green, the book is essentially a seventy-nine-page harangue against the critics whom he saw as having utterly failed to recognize the greatness of “The Recognitions.”'
Source:
"Fire the Bastards!": The Great Defender of William Gaddis (The Book Bench)
Posted by Alicia at 2/20/2012 11:52:00 AM No comments:

Vonnegut on the Shapes of Stories

Email ThisBlogThis!Share to TwitterShare to FacebookShare to Pinterest
Labels: somebody call agent cooper

The Locusts Have No King, Dawn Powell 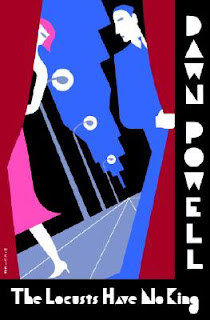 "She was always mistaking his retreat from life as loneliness that must be assuaged, or else she was chiding him for not liking people. She was wrong, he felt. People amused him, and safe in her arms he did not fear them. He wanted to be a spectator, that was all, not actor; if possible he wanted a glass wall between him and other human beings and he was happy when Lyle joined him in the observation post, unhappy when she was on the other side of the glass. It made him uncomfortable when the actors addressed him, as if Myrna Loy should suddenly reach out of a moving picture to shake his hand."
Posted by Alicia at 2/14/2012 01:50:00 PM No comments:

Did you know about Dickens World? If not, allow Sam Anderson's excellent piece in the New York Times to be your introduction. Take, for example, his passage on the Great Expectations boat ride:

"Halfway up a dark tunnel, the chemical smell-pots engulfed us in a powerful cloud of sour mildew. It was genuinely unpleasant, and in the midst of that cloud of stench I felt something suddenly slip inside of me: two centuries of literary touristic tradition, the pressure of Dickens reverence, the absurdity of this commodified experience — all of it broke, like a fever, and what poured out of me was hysterical laughter. I laughed, in a high-pitched cackle that sounded like someone else’s voice, for most of the ride. At some point the boat swiveled and shot backward down a ramp, splashing us and soaking our winter coats, and an automated camera took our picture. It caught us looking like a perfectly Dickensian pair: me in a mania of wild-eyed laughter, my friend resigned and unhappy — comedy and tragedy side by side, “in as regular alternation,” as Dickens put it in “Oliver Twist,” “as the layers of red and white in a side of streaky bacon.” Afterward, in the gift shop, I bought a copy of the picture, as well as a 59-page version of “Great Expectations” published by a company called Snapshot Classics. “In the time it takes to read the original,” promised the book’s cover, which was designed to look soiled and creased, “you can read this Snapshot Classic up to 20 times and know the story and characters off by heart.”"

Classical Studies
"No rational man can go through the endless volumes of the Loeb library without concluding that the Romans were an essentially dull and practical people, without much more fancy in them than a Congressman or cow doctor. They had their high virtues, of course, but a lush and charming imagination was certainly not one. They were not poets, but policeman and lawyers."

"Classical Learning" from the New York American, January 1936.
Education
"The aim seems to be to reduce the whole teaching process to a sort of automatic reaction, to discover some master formula that will not only take the place of competence and resourcefulness in the teacher but that will also create an artificial receptivity in the child. Teaching becomes a thing in itself, separable from and superior to the thing taught. Its mastery is a special business, a sort of transcendental high jumping."

"The Educational Process" from Education, Prejudices: Third Series, 1922, pp. 238-65.
Religious Studies
"No, there is nothing notably dignified about religious ideas. They run, rather, to a peculiarly puerile and tedious kind of nonsense. At their best, they are borrowed from metaphysicians, which is to say, from men who devote their lives to proving that twice two is not always or necessarily four. At their worst, they smell of spiritualism and fortune-telling. Nor is there any visible virtue in the men who merchant them professionally. Few theologians know anything that is worth knowing, even about theology, and not many of them are honest."

Email ThisBlogThis!Share to TwitterShare to FacebookShare to Pinterest
Labels: mencken

Can't sleep, books will eat me.

The stack of books I've put aside to be read sits to my right at the store. While it's a tidy pile (the smallest it's ever been), I think monitoring its progress is important. Making a historical record, taking a pulse:

Orlando, Virginia Woolf
A  Time To Be Born, Dawn Powell
The Locusts Have No King, Dawn Powell
Seven Soldiers of Victory, Grant Morrison

I have also cleaned house and decided against reading a book as my time for it came close. It's such a tricky business, figuring out not only what to read but when to read it. What's waiting for you?
Posted by Alicia at 2/08/2012 12:59:00 PM 1 comment:

For a richer, fuller life.

Email ThisBlogThis!Share to TwitterShare to FacebookShare to Pinterest
Labels: the more you know

Ellroy on Chandler and Hammett

Obviously, there's loads of function built into the mechanical scale with handle. But when I move it around the store? I only pretend it's the briefcase I carry to my job at the Office of Weights and Measures.

Don't even pretend it's just me.