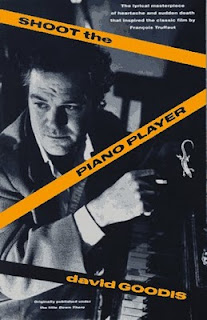 I have acquired, recently, a renewed vigor for drinking coffee. Why? Could it be because of the new student-run coffee shop at Brooklyn College? No. It's actually a result of reading Vintage Crime/Black Lizard novels. As you may have guessed from this post, a few of us here just read Thompson’s Killer Inside Me, and I guess I should be grateful that the only thing I picked up from the work was a powerful thirst for coffee. And maybe cigars. Read it and you’ll see what I mean.
One thing that strikes me about classic crime/noir works, like those of Dashiell Hammett or Jim Thompson, is that the characters seem to be pouring gallons of coffee (or whiskey or gin) into cups or down their throats every other paragraph, whether it is 4 in the afternoon or 2 in the morning. These people need to be fully charged with caffeine at all times, because they’ve got a lot of crime fighting and/or committing to do. A lot of innocent people to protect, even if it means killing a lot of innocent people in the process. Or at least a little bit of money to be made. 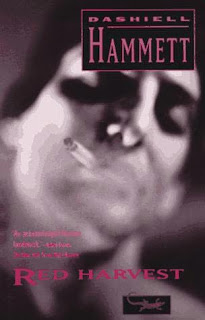 I’d taken a break from coffee for a while, and then drank only a little; but now I’ve decided to try to move through the Vintage Crime catalog, and it’s become full-blown habit again. I also have a strong desire to pay for things with metal change, to eat breakfast at 3 in the morning (n.b. “breakfast” can either mean food or gin, apparently), and to get some shabbier suits. Almost makes me wish I were surrounded by corruption and guns and shady characters and booze so I would have something to do with all this extra energy other than writing this post.
Anyway, so far I’ve read The Killer Inside Me by Jim Thompson, and The Maltese Falcon and Red Harvest by Dashiell Hammet. I think I may have also read The Continental Op but I can’t remember. Currently, I’m moving through Shoot the Piano Player, originally published as Down There, by David Goodis. Hey, all of these books have movie adaptations, some of them really good: maybe we can get Dante to write about them? In the meantime, come pick one up from our store and check it out. But read at your own risk, or you might find yourself taking cigarettes with your coffee instead of milk. 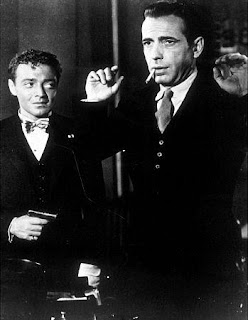 "Thanks to five-hour energy I can get to twice as much sleuthing!" said Spade.

Hammett is impossible to dislike I think. Goodis is an acquired taste, based largely on how much tolerance you have for unrelenting existential misery verging on schizophrenic paranoia. Characters in Hammett novels sometimes do amazing things, or have amazing things happen. Only bad things happen to people in Goodis novels.