Yes A Black Man Can Write For The Big Screen 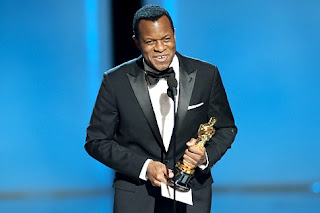 Where do I begin? It was a prelude to the other history making event that night. When it happened, it took a moment to process. I heard the word Precious, a long gap, then Fletcher. Everyone including I thought the Oscar for Best Adapted Screenplay was going to Jason Reitman and Sheldon Turner for Up In The Air. I was never so happy to be wrong. Geoffrey Fletcher walked to the stage, knees unsturdy, heartbeat racing, lightheaded, humbled, to receive what has long eluded any person of color in the 82 years of the A.M.P.A.S a writing award. As a black screenwriter, the moment served as motivation and an affirmation. Beyond the glitz, the politics, the marketing, the box office numbers, it is about the work. Adding to the moment was his speech. The only other time I was so taken by a speech was when President Obama won election night. So graceful and so touchy, it even caused Morgan Freeman to get a bit teary-eyed. From Suzanne DePasse to Lonnie Elder to Charles Fuller to John Singleton to Spike Lee to myself, we salute you Geoffrey Fletcher.
Posted by Dante at 3/13/2010 12:07:00 PM

Imma let you finish but...