How I became a feminist. 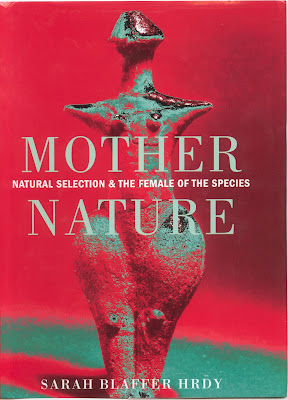 I think I put the start of real genuine feminism-- personally, I mean-- at the feet of Sarah Blaffer Hrdy. Like any thinker, I'd worked the subject over in my head for a while-- hitting a range of pretty boring stops along the way-- but it was when I read Hrdy's book Mother Nature that things started coming together for me. Pieces began to click into place. I'd taken a couple of Gender Studies classes, & felt like the Essentialist school of thought had something going for it before it became a paper tiger for the Constructionists to tear apart. To wit-- sure, gender & sex aren't the same thing, but to say the Venn diagram of the two overlap entirey based on socialization isn't really honest. It was Hrdy's digging into Evolutionary Biology (with one hand) & Feminism (with the other) that really started making sense to me. She wasn't looking for science that suited her agenda; rather her agenda was to go looking for science. Her arguments aligned with both the percieved reality & the constructed reality. She really broke the wall on addressing what is actually happening, rather than what you want to pretend is happening. & what she found is equal parts grim & uplifting-- which only adds to the ring of truth. In a nutshell, she found the women...act like people. I know, shocking, right? All of it in an anthropological context that really appeals to me. I have her new book, Mothers & Others in my greedy little paws, & am looking forward to taking a bite out of it. It is on my short pile!
Posted by mordicai at 3/09/2010 11:05:00 AM

I think I'm going to have to read this. Nicola really got me thinking about a lot of stuff over this past year.

It is a pretty nice text.