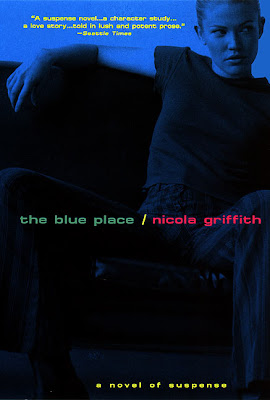 Alright, so I've been talking about genre lately. Thinking about it, always thinking about it. I mentioned a big part of the problem: the self reinforcing feedback loop! I like books about wizards, I go to the sci-fi section, even though One Hundred Years of Solitude by Gabriel García Márquez is essentially a story about the family descending from a alchemist patriarch. Yeah, Gabriel García Márquez writes a lot of stories that are basically about magicians-- it was Gene Wolfe who said "Magical Realism is fantasy written by people who speak Spanish." So, even if you like lightsabers (who doesn't?) & Jedi (or Sith, if you are like me), you end up in the Sci-Fi section-- even though there is no guarantee that Star Wars Expanded Universe novels are going to be any good-- odds might be that they aren't! It isn't just "elitist" snobs who are keeping genre on the sidelines-- it is the actions of genre readers themselves. Hey, colour me guilty-- I'm way less likely to read fiction about...I don't know, what is popular fiction about? Menchildren who can't reconcile art & responsibility? Then again, what is Fantasy about anymore? Semi-offensive caricatures of gender relationships? See-- lose/lose. You have to find the good stuff, fringe or otherwise. You've got to tilt your head & think about how Haruki Murakami's Hard-Boiled Wonderland & the End of the World is basically a Phillip K. Dick novel. Nicola Griffith has talked about this at length-- she's in the thick of it! Her novels run the gamut from the rather "Hard" SF novel Ammonite to the Noir(ish) series starting with The Blue Place & continuing into Stay & Always-- stopping along the way to write the Cyberpunk Slow River & edit a bunch of Gay & Lesbian Fiction anthologies. Currently she's working on a bit of historical fiction. So where do you shelve her? I guess the answer is-- wherever the hell you want.
Posted by mordicai at 3/24/2010 09:07:00 AM

That's not how you decline child! Which, what the hell vanishing "-ren" declension, go away! You haven't been a real category since before even when the Englisc was Eald!