The End; or, The Bit That Matters Most 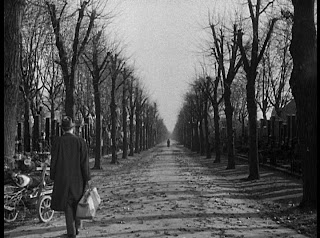 I think there are two tricks to telling a good story. Well, scratch that: Writing a good novel. Ready? Okay. Here we go. Real talk.
1) Starting,
2) And finishing.
This isn't me talking about how to write a novel; no, this is me taking a moment to appreciate my favorite part of a novel: The last line.
Everybody talks about the importance of classic opening lines, but if you ask me, the last line is where we separate the wheat from the chaff; it's the bit that lingers, the ringing in your ears after the gunshot, the last little flourish from the pen that makes everything else fall into place. Any clever old dog can write a good opening line -- although maybe all the droves of us that can't just don't and move on with our lives. That last line, though? It's the difference between craftsmen and wizards. It's the hard part, How tempting does it have to be to be a little too cute? Or, worse, indulgently purple (I'm looking at you, Perdido Street Station.) A good one -- a really good one -- makes you sad to see the story over, but leaves you satisfied.
Here's one that's too cute (and just sort of awful):

"Trailing her was the faint scent of Johnson's Baby Powder. His eyes fell the length of her slender torso --- to her white blouse with the bra barely visible beneath, to her knee-length khaki skirt, and finally to her legs... Susan Fletcher's legs.
'Hard to imagine they support a 170 IQ,' he mused to himself."
- Dan Brown, Digital Fortress
There you go, guys! Thanks for sticking with me for the last 400 pages. We here at Shakespeare & Co. try not to be too negative, so I'll stop there, but you get what I mean when I say it can go horribly wrong. It's a tricky tightrope to walk. It's not fair to be put against, say, Hemingway (for my money, the best last line is from The Sun Also Rises: "'Yes,' I said. 'Isn't it pretty to think so?'" Don't fix what isn't broke), but if I had to pull a good, elegant last-stroke-of-the-pen out of my hat I'd go with Nick Hornby's About A Boy: "Will knew then, beyond the shadow of a doubt, that Marcus was going to be OK."   See what I mean?
(Up above: The last shot from The Third Man, aka "The Most Hardcore Ending In The History Of Cinema")
Posted by James at 3/28/2010 09:30:00 PM

"He dances in the light and shadow and he is a great favorite. He never sleeps, the judge. He is dancing, dancing. He says that he will never die."

Or the last line to Pet Sematary, Stephen King's most terrifying ending:

Is the last line of Moby Dick:

"Now small fowls flew screaming over the yet yawning gulf; a sullen white surf beat against its steep sides; then all collapsed, and the great shroud of the sea rolled on as it rolled five thousand years ago."

"It was the devious-cruising Rachel, that in her retracing search after her missing children, only found another orphan."