WIth your powers combined...I am Captain Planet! 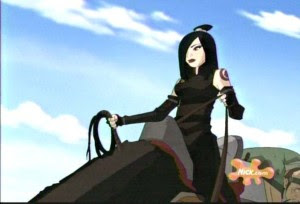 I've been watching Avatar: The Last Airbender lately, & I've been really impressed with it. The basic premise of the show is simple: there are "Benders," who can manipulate the four hermetic elements. Fire Benders can shoot fire, Air Benders can glide & make wind, so on & so forth. One of the main characters, Aang, is the Avatar-- the most recent incarnation of the Master of the Elements, who can (at least in theory) "Bend" all four elements. Part of what makes the show so appealing is its faultless embrace of cultural paradigms beyond the standard bland European. The Water Tribe is influenced by Polynesian & Inuit art & fashion, the Fire Nation is a mix of Chinese & Japanese cultural stylings, the Air Nomads are a sort of Hindu & Tibetan fusion while the Earth Kingdom takes Mesoamerican architectural cues. The show sinks itself into the worldbuilding deep enough for you to never notice, if you aren't careful-- it is simple enough to latch onto the basic concepts & complicated enough to suit you once you have a grasp on the setting. Besides all that, the characters, especially earnest Aang, are compelling, the "villains" have plausible motivations, & the fights! The fights are incredibly well choreographed. Each "Bender" has a style of martial arts that inspired is-- internal & soft martial arts for Air Bending, for instance, & circular focused Tai Chi-like motions for Water Bending. The action sequences really use animation to stunning effect-- heck, your special effects budget isn't holding you back, so go hog wild! There is also, I should note, a giant six-legged flying bison named Appa.

I find the show very appealing & wholeheartedly recommend it to anyone, regardless of age or interest. In fact, it was my wife's insistence that got us started down this path, & while she is plenty geeky it isn't the cartoon watching kind of nerdery. I think the last few cartoons that actually interested me were all superhero-- the currently running Batman: The Brave & the Bold for example, or Teen Titans & Justice League Unlimited before that. Come to think of it, the last non-Capes & Cowls cartoon I really got into was the deeply weird psychological noir, Big O.
Posted by mordicai at 2/20/2010 03:11:00 PM

I thought I was crazy for liking this show. Now we are legion.