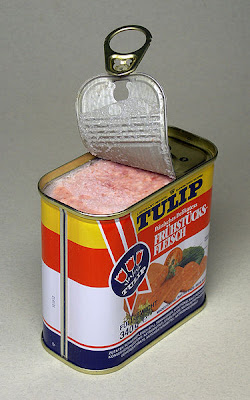 Okay, so it all started when American author Rick Moody announced he was going to write and publish a short-story piecemeal, on Twitter. Hey, new media everyone! Woo! Exciting, right? Rick Moody got a lot of ink in a lot of papers and blogs for proposing the stunt, and good for that guy.

However. The people at Electric Literature didn't really think through the idea of having dozens of other people simultaneously re-Twittering excerpts from Moody's story while he was still Twittering it, and the whole thing very quickly devolved into a chaos of text wherein no one trying to read the story could be sure what part they were up to, and everyone just thought Rick Moody was spamming the hell out of their Twitter accounts.

Very quickly Moody started getting a lot of ink in papers and blogs talking about the "Rick Moody Twitter backlash". I guess there's no such thing as bad press, but still, back to the drawing board on that one, guys. Personally I think the idea is still viable. I mean, short stories are just a series of 140-character bits anyway, so why not? Mostly I feel like it's weird that no one else has tried this before. Are there any other Twitter-novelists I don't know about?
Posted by David at 12/08/2009 10:41:00 AM

This dude got a book deal from his Twitter novel: