A New Year, A New Sun, A New Mission! 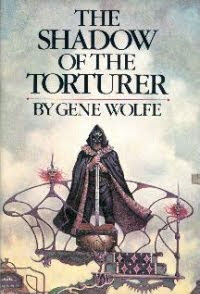 Dear Readers,
I've been biting my tongue for a good while. Like anybody, I've got my pet peeves and favorites -- and like anybody reasonable, I'm a little uncomfortable with the things I realize I love, really love. Nobody wants to be the guy willing to get in a fist-fight over Kirk vs. Picard. So, like any reasonable fellow, I worry, sometimes, if the words coming out of my mouth are really words, or sort of a -- incomprehensible stream of hyperbole. It's Kirk, by the by, and if you think otherwise you're a little bit less of a human being, but I digress.

So, with that out of the way, I think it's time I talked a little bit about Gene Wolfe. Wolfe is a prolific writer of speculative fiction. There's a pile of things that can (and should) be said about Wolfe, but I think the most pertinent thing that can be said is that the man can write the hell out of the English language. Wolfe was pretty much the first writer that hammered home to me the difference between "purple prose" -- thick, jumbled, masturbatory -- and being able to write like nobody's business. A Wolfe story is dense, allusive, and rewarding -- especially rewarding through re-reading. I color-coded my copy of Shadow & Claw with little sticky notes, like going through a textbook, and by the time I was through I had gone through two packs of the things in six different colors. It looked more like a schizophrenic's rolodex than a paperback.

Anyways, I could keep yelling for five hundred words. Trust me on this one. Neil Gaiman (you may have heard of him) cites Wolfe as an inspiration and a personal favorite; the Washington Post, along with a slew of other newspaper-generating bodies (the Post just seems to have a particular affection for "the old man," as they call him) named Wolfe the foremost science fiction writer active today.

So, there you go. Gene Wolfe. There's no living writer I can recommend more highly. Speaking of which, the onset of the New Year also means the onset of Operation: New Year, New Sun, brainchild of eternal friend of the store, Mordicai -- our man in the trenches over at Macmillan, the house of ideas that puts out pretty much all of Wolfe's works. I figure it's a pretty noble objective; Christopher Lee claims to read Lord of the Rings at least once a year, and Wolfe is pretty much our Tolkien. Having someone to scream at helps get through the (very lengthy) volume, so I invite and cajole you to take a crack at the most worthwhile writer you've probably never heard of with us, starting January 1st. We'll have copies on hand -- originally published in four volumes, Book of the New Sun is typically available in two omnibus editions, the first of which is Shadow & Claw.
Posted by James at 12/30/2009 01:05:00 PM

James, you just ruffled the feathers of the biggest bird! You don't even know!